The structure of microvasculature cannot be resolved using conventional ultrasound imaging due to the fundamental diffraction limit at clinical ultrasound frequencies. It is possible to overcome this resolution limitation by localizing individual microbubbles through multiple frames and forming a super-resolved image, which usually requires seconds to minutes of acquisition. Over this time interval, motion is inevitable and tissue movement is typically a combination of large and small scale tissue translation and deformation. Therefore, super-resolution imaging is prone to motion artefacts as other imaging modalities based on multiple acquisitions are.

This study investigates the feasibility of a two-stage motion estimation method, which is a combination of affine and non-rigid estimation, for super-resolution ultrasound imaging. Firstly, the motion correction accuracy of the proposed method is evaluated using simulations with increasing complexity of motion. A mean absolute error of 12.2 μm was achieved in simulations for the worst case scenario. The motion correction algorithm was then applied to a clinical dataset to demonstrate its potential to enable in vivo super-resolution ultrasound imaging in the presence of patient motion. The size of the identified microvessels from the clinical super-resolution images were measured to assess the feasibility of the two-stage motion correction method, which reduced the width of the motion blurred microvessels approximately 1.5-fold. 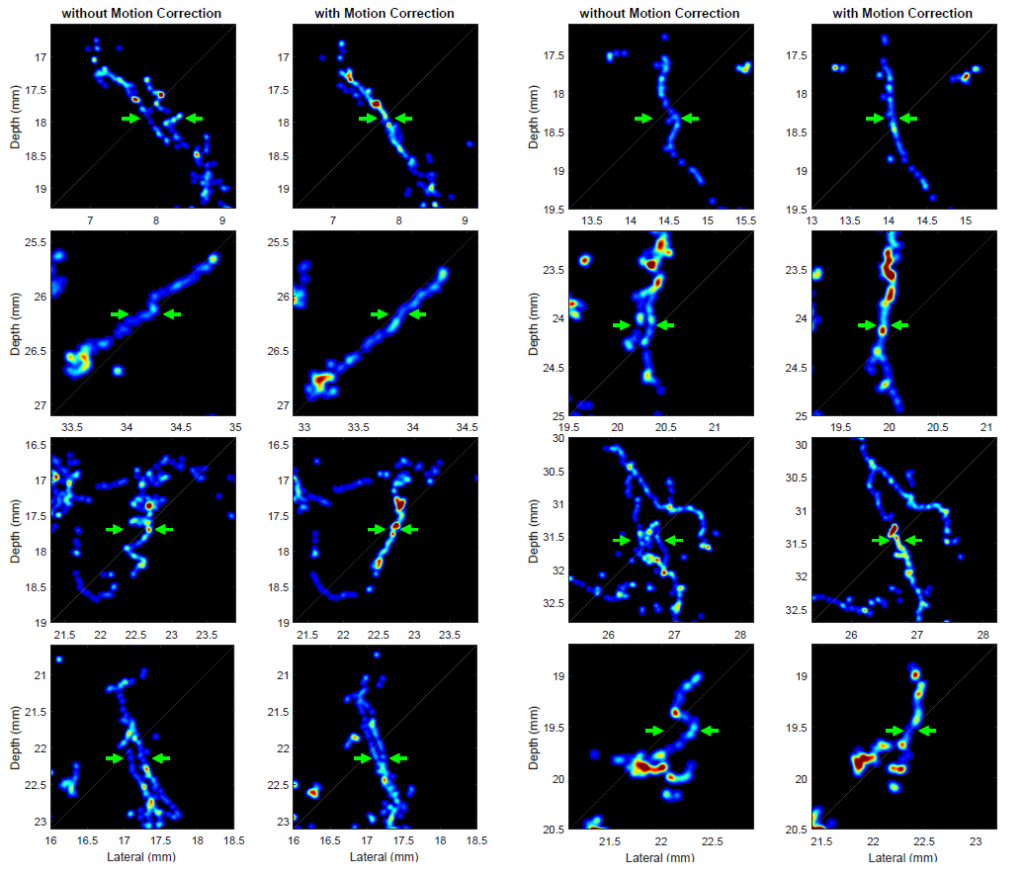