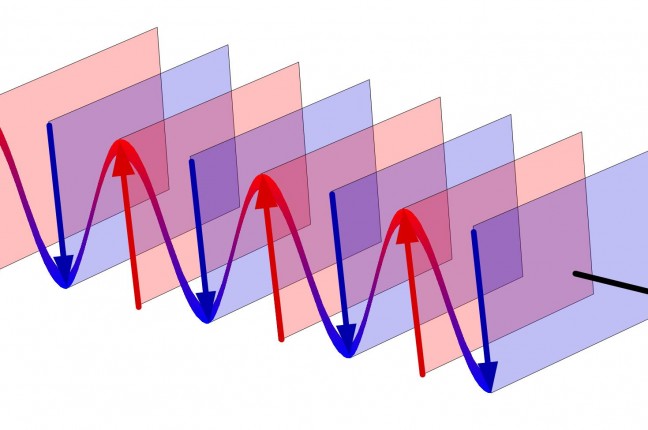 The recent advancement in digital parallel processing technology has paved the path for very high frame-rate ultrasound imaging based on holographic concepts. Such methods remove the need of line by line scanning, allowing for the reconstruction of an entire ultrasound image from a single transmission.

One of the major implications of such methods is the possibility of collecting ultrasound images at a rate of thousands of frames per second. In the context of vascular imaging with contrast agents, this means that very fast haemodynamic transients can be measured over the entire image field, or that many acquisitions of the same vascular region with a superb temporal resolution can be processed together to improve the image quality.

We are working on high frame-rate imaging for both arterial/veneous flow mapping and micro-vascular imaging/quantification,  by studying different beam forming and processing methods using multiple frames and contrast specific acquisition methods (example of a kidney vasculature in figure [1]). We are also exploring the field of functional brain ultrasound imaging (analogous to fMRI) with the use of contrast agents. 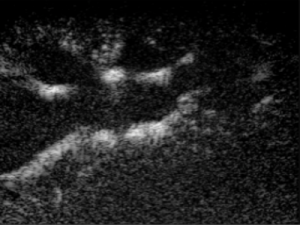 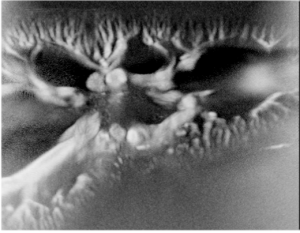